The board speaks at last...

and says thanks Jose.

Not really much more than that. All looks like a bit of PR to me. I think they must have gauged the general feeling amongst supporters and perhaps read the latest SLP and seen Paul Mortimer on the local news.
Posted by Scoops at 07:56 No comments:

Another one bites the dust...

The close season seems to be taking one dissatisfying turn to the next.

The latest the official departure of Dorian Dervite, following hot on the heals for Hamer's announced exit.

According to sources the new manager is due to be announced and installed imminently. (The strong rumor being that it will be Bob Peeters - ex rubbish Millwall striker and very inexperienced manager of a lower division Flemish side.

The squad is beginning to look somewhat thread bare, and with Morrison and Poyet yet to sign on the dotted line could look even thinner in the next few days.

I still (somewhat foolishly I think) wait to see what sort of mix of players come into the side before I really well and truly throw my dummy (or not), but at the time of writing am beginning to become rather worried.
Posted by Scoops at 03:50 No comments:

Full list of out of contract players being released announced...And Poyets not on it!

It's either spin or there is a commitment to try and keep some of our better players whose contracts are up shortly. Most importantly Morrison and Poyet. (And perhaps even Dervite, as there's no official confirmation ANYWHERE that he has indeed signed for Bolton).

A torrid few days have seen rumors relating to players leaving and a new 'no mark' manager from Belguim. All supposition and unsubstantiated. I've been waiting to post until I actually see some firm news, but this announcement has me slightly excited.

If Poyet gets good advice and decides another season developing at Charlton would help him then i'd begin to err towards slightly less scared, if the other two were to sign on with us again i'd start becoming a bit optimistic.

According to the SLP there is a potential alternative to Bob Beevers (my Millwall season ticket holding best mate fell on the floor laughing when I told him Beevers may be our new manager).

I'm going to hang on and see what news filters out from the Valley before I start to make firmed up opinions about where we may be going.
Posted by Scoops at 04:59 No comments:

Bolton seem to think they've got their man...

If this is the case not the best start to the close season!
Posted by Scoops at 05:49 No comments:

News begins to filter from The Valley...

So news begins fo filter out of The Valley press office amongst other sources.
With three pre-season friendlies being announced in quick succession, none to challenging and all, two very local (the added value of two away games that I can definatley attend - i'll need to negotiate Pompey with Mrs Coops).
I wonder who has negotiated/agreed these games? I can only guess Murray has been rather involved, ensuring the tradditional Welling game goes ahead, and using his relationship with Varney to grab another local work out. Seeing as things stand we are currently head coach/managerless I can't see who else would be making such football decisions. (Bare in mind Riga's contract was only until the end of the season, so currently he's between jobs regardless of whether he gets the gig for another term or not, we are without a leader).
The board did state that they want playing personell sorted by the end of June. So I guess we'll have a better idea of how recruitment and squad decisions are made pretty soon. (ie. will the board put a bunch of players together and ask someone to coach them or vice versa?).
Sky reporting that Dervite is nearly a Bolton player is a bit alarming. I think the general concensus is that they have a much bigger payroll than us, therefore i can see why he may decide that it's the right move for him. Similar size club, set me up siging fee and a better salary. Riga was bigging him up towards the end of last season, and rightly so to some extent. I wonder what sort of offer, if any was tabled by the board for him?
I expect it, for better or worst, to be a busy few weeks news wise from The Club.
One thing that I do find a bit bemusing.
The board stated that once our Championship status was confirmed and the job in hand was done, they would engage in dialogue with the fans. (Either The Trust or The Royal Oak Group (or twelve angry men as I like to know them).
After all of the bluster following the takeover and subsequent sacking of Sir Chris both parties in this respect have gone rrather quiet! Surley now is the time they should be making the same sort of noise they were a monnth or so ago?
In the imortal word of that other football mentalist and perfect egg boiler Delia Smith 'where are ya, hic' 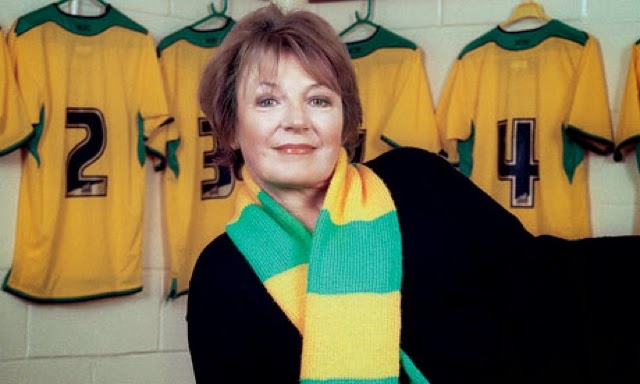 Sea of change is upon us...

So the sea's of change are finally upon us. Unsubstantiated reports that Danny Green will be leaving to find a new club come the summer, official confirmation that dear old Hughsey will be leaving for pastures new (despite the fact he didn't play that many games for the club is the latest addition to my very own 'favourite Addicks players' list).

Apparently Decisions on Riga's immediate future at the club are imminent. Let hope that if he goes then his replacement proves to be at the very least as much of a gent and competent man as Jose has been in his so far short tenure. Let's also hope that the incoming comes in soon enough to enable them to work with the board to re-build that squad suffiently so that at the very least we can compete in this division without the squeaky bum end to the season we all had to endure. I still remain confident that the new regime is far less 'sinister' than some seem to think. My opinion may change if we see a managerless club start to bring in playing staff.

The biggest and most confidence boosting news this week was that the planning permission for the new academy building has been given the thumbs up by The Royal Borough of Greenwich.

With a plethora of players contracts expiring in June, first teamers included I expect to see lots of news over the immediately ensuing weeks of players signing contracts, players leaving and some fresh faces incoming.

In short, I wouldn't expect it to be a quiet summer for Charlton bloggers.

It's taken me so long to post as I've only just recovered from chewing my fingernail down to my knuckles on Tuesday night.

What a night it was, typical Charlton. After the stick he'd taken over the past few games I was pleased and thought that it was fitting that young Callum got the brace that in effect keeps us in this division and i'm sure means we will see, after the lull of the past two close seasons, a flurry of activity during the summer.

Reading Roland's bit in the programme I still reserve judgement over the direction that the club is being driven in but initial thoughts are still quietly confident that we will not simply become a nursery/feeder team for Standard Liege.

From what he is saying he see's the importance of the academy and trying to achieve cat 1 status (whilst i don't really agree with this system whereby a club with a cat 1 academy can basically fleece the best players from clubs with Cat 2 and 3 status of their best young players - it's a system that's with us. And i'd rather we were the plunderers rather than the likes of Arsenal, Chelsea, Spurs and dare I say even Fulham or Palace coming and nicking our young starlets.

He also mentioned that whilst there could be movement between network clubs, if the need to go outside the network to get the right specific player arises it will happen. (Although through shrewd dealings not breaking the bank).

What remains to be seen is who is at the helm. If it's not Riga (who I've actually grown to quite like) then I hope, as we all will, it's a sensible long term appointment. And not some European nut-job who does not understand the Championship. (Did you see the manic/maniac Watford 'Head Coach'? I watched him from the West Stand and half expected him to spontaneously explode at any given moment!)

So onto Saturday, a meaningless seaside away day of a fixture at Blackpool. I'm so pleased i'll be able to amble around Saturday lunchtime without a care in the world. Hopefully chuckling to myself as my phone updates tell me of a Kermogant hat trick.