Big Brother is Watching You... 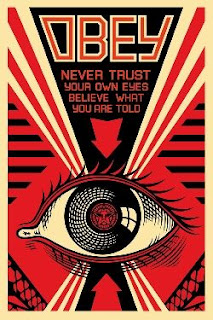 It's been a while since I've posted, mainly due to the growing apathy and niggling belief that whatever we do it's not going to change anything with our current blinkered deluded owner, and his seemingly slowly becoming more and more bitter and twisted enemy of her 'customers' CEO Katrien.

The knee jerk reaction of the regime, who seem to be permanently monitoring any social media for enemy (customer) descent and reacting to it with an ever growing list of media own goals.

I do find it quite bemusing that it was only once the news broke on the Charlton Life Forum (the first place I saw the rumour backed up by evidence) of Katrien Meire's 'resignation' that the club made it's brief and stern announcement. Even though the resignation was posted on the 5th December last year. (I'm guessing once you resign as a director at companies house, even if it is on-line, you receive some form of notification to an official correspondence address?), it's only two months later that the director in question has discovered her resignation.

The BBC, Guardian, Daily Mail to name but a few have already run with the story.  And it further goes to install Charlton as the joke of the football league.

Once again I'll be at The Valley hoping for a performance, and look forward to whatever CARD announce at midday.
Posted by Scoops at 01:09 No comments: