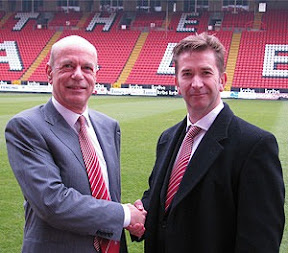 So there we have it. The announcement that we've all been waiting for.

Not a lot of meat on the bone, other than what the boardroom structure will be. The big plus I see at the moment, from the limited information available, is that Murray is still a director with Varney involved very much operationally.

From what I can gather the plan is one of sustainable growth rather than a mega let's throw money at things mentality. This should mean what was a clear certainty of administration will not happen this season and the club, with already a great infrastructure, can concentrate on moving forward on the pitch.

The big questions that I'm sure will be answered in the next few days are:

Will and how much funding will be made available in the transfer window?

If so, will it be Parky spending that money, or will the new owners have a n other in mind (perhaps Jiminez's mate Wise - I hope not).

No one can ever say it's boring being a Charlton supporter! 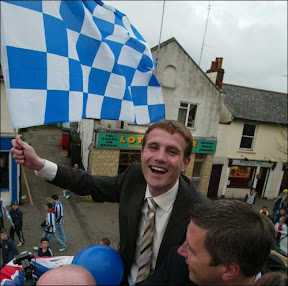 Another tough away fixture for us tomorrow. Colchester have a game in hand and are just three points behind us in seventh place.

Looking at their website they apparently have lost only four times out of twenty three in 2010. This season Colchester's home form has not been exactly fortress material. They've only won twice, losing twice and drawn the majority of games (5).

They have also only scored 16 goals at home so far and shipped 16. This and the fact Mooney (one of the most woeful strikers I have seen at The Valley) will be playing up front, I think tomorrow we have a great chance of pushing on and getting ourselves back into second place. 2-1 to Charlton. 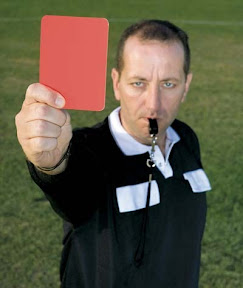 A penalty in the opening minutes. A sending off, and ten men equaling and holding on for a draw. I installed the 'wunder radio' app for my iPad and excitedly went about prepping tonights chilli con Carnie listening to the first half.

According to the excellent and honestly impartial radio Sussex commentary team we were pretty woeful in the first half, and despite the expected half time rocket from parkie and 'grunt' breaker at half time, continued in a similar vein in the second.

To be fair, and I appreciate that the old 'it's actually really difficult playing against ten men' will be wheeled out, this has to be seen as an opportunity missed. If we had ground out a result we would have been second and only a point behind Brighton. With a strong phycological boost to boot. As it is, on the upside, we are no further behind them than we started and are now third and level on points with Sheffield Wednesday.

I noticed earlier that the story of the takeover was on the home page of BBC football. With our position in the league, and Murray and Varney being quoted as saying we need a further 5 million quid to stave off administration (and we all know what comes with that), it's imperative that a deal is done and done quickly to keep things moving forward.

So at long last back to action. To be honest I don't really get to many away days, five kids and a demanding wife dictate that it's not easy travelling, even though Brightons a fairly local trip.

Both sides fixture programme having fell foul to the dreadful weather mean two fresh and near full strength sides for the respective managers to choose from. Also the length of the break would have taken any momentum out of whatever run of form either side may have built up. In my opinion, a great thing for us, as we had certainly been victims of the dreaded curse of the manager of the month award. 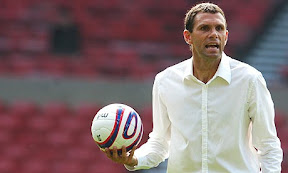 I had tipped Brighton to do well this term. Following witnessing the well drilled and very average quality side that played us off the park at the evening Valley games last season.

Today certainly will not be a repeat of that awful four nil drubbing we received earlier this year. I'm going for a blood and thunder score draw. 2-2

So all the talk of an early Christmas present didn't come to anything. The Dowie issue had been put to bed by way of an early settlement - which according to a lot of peoples opinions was the only real obstacle to overcome. 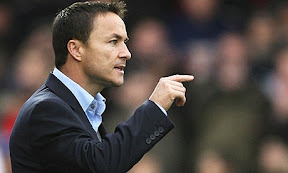 My guess is that whatever has wedged itself between the deal being signed sealed and delivered would depend upon the individual agenda of whoever the new investors are. And that's the big question, who are they, and besides their money, what exactly are they going to bring to the table!

The rumour mill keeps throwing up a certain Mr Wise (patron saint of taxi drivers) as having some kind of involvement. Lots of sightings of the little bloke at Sparrows Lane and The Valley. Personally, baring in mind one of the really rather rich Sainsburys family being rejected hands down, I would be surprised if Varney or Murray would entertain a takeover spearheaded by Dennis the Menace. Add to this the sightings. What can I say, the Loch Ness monster, ufo's and Big Foot are all spotted on a regular basis, but none have ever rocked up to say hello in person.

The other rumours it would seem are equally ludicrous; abramoviche's number two being spotted at The Valley with Varney,Sheikh hamed bin al hami - a rather rich middle eastern. And my favoured one, a group of three city investors, whose intention is to take a stable football club into the premiership, and sell on at a healthy profit. My guess is as good as Anyones!

I'll post back here with my thoughts once an announcement has been made.