I make no apologies for the hugely self indulgent nature of this post!

My Dad, after much badgering took me to my first ever Charlton game back in 1981. After one or two more ad hoc games he brought me to he finally went the hole hog and bought me a half season ticket as a Christmas present. One of those moments in life that has stuck with me ever since. The big hug and genuine thanks for a present that has fundamentally effected my life and given me so much during the last thirty years of laughs, enjoyment, pain, swearing, nail-biting, more swearing, away days and all of those other football things I hope to pass onto my own kids.

Sadly he passed away this month, and amongst his many legacies one will be a whole other two generations of Addicks to enjoy (?) many days of more laughs, enjoyment, pain, swearing, nail biting, more swearing, away days etc etc etc. Cheers Dad x 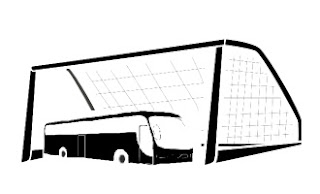 I'm back posting. Life having overtaken most things of late I thought it was about time to bite the bullet and start thinking about football matters again.

We entertain Boro in what may well be looked back on as a pivotal weekend in our season.

I know it's relatively early days yet, but we are doing pretty much what I had expected so far, perhaps a bit worst than we should have anticipated after home defeats against Watford and Barnsley that I would imagine the management had targeted for three points in each when looking at the fixture list pre season.

The encouraging thing for me is the unwritten goal difference mirroring league position and final points rule will see us stay up without out too much breath holding.

Historically we have a pretty even record against Middlesbrough, Charlton won 35 and Boro 38 over all games, even if you look at the last four encounters it's two wins a piece.

Undoubtedly Boro are on quite a run currently and will be high on confidence following the recent cup win against premier league rivals Sunderland.

With two of our relegation rivals playing each other at the weekend, Sheff Weds v Peterborough, it could be a chance for us to put some daylight back between us and the bottom four.

As far as predicting a result, anything seems possible in this division. 4-5-1 seems to be working better. I think if we play that formation there is a chance of us carrying off a smash and grab and nicking a one nil win. We'll need to come out of the traps quickly, get an early goal, and then park the bus. (Sorry to say, it's the only way I can see us out maneuvering a Boro side that does seem to be getting up a real head of steam).

If we do decide to play with two up top and outplay them I think it could be a long afternoon that may well see us ship some goals. Let hope it's the former.
Posted by Scoops at 04:41 No comments: