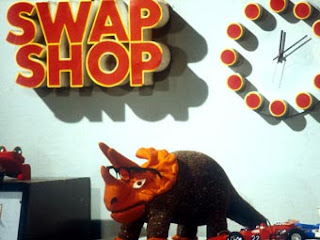 Leon Clarke, who had that very odd bust up with Dicanio at the start of the season, will be joining us in what is apparently a straight swap for Paul Benson.

I liked Benno, he was a hard working, if not skillful, forward.  I am guessing it's another member of the non Powell brigade leaving, and in Clarke we are signing more of a target man who I guess will give us cover for Kermogant and an alternative option from the bench rather than the immobile Jason Muell.

I'm wondering what team Sir Chris will put out this evening. There's been a fair bit written quoting him as saying he may mix things up to protect those players near a ban prior to the booking amnesty. (This is a rule I've missed/not heard of before). I expect we may well see Jackson back on the left and Ephriam may well play on the right in the absence of Green (suspended) and Wagstaff (possibly carrying an ankle injury).

Expect to see a return to goal scoring form from BWP and Kermo pitching in with a goal as well. Here's my precise prediction, The O's to take an early lead courtesy of Lisbie (we all know he will score against us as he always seems to) followed by a Charlton come back rolling over Orient 4-1.

Happy New Year.
Posted by Scoops at 05:50 No comments:

...So following on from the back to back draws, Charlton come back twice from behind in Somerset followed by an injury time winner turning things round from a seeming blip in a promotion march into an eleven match unbeaten charge towards the Championship. Coupled with Sheffield Wednesday's late collapse, we sit 8 points cleat at the summit of the third division. Let's hope there is no Leyton Orient backlash from their latest set back at Brisbane Road.

If we do get the three points that we should on Old Years Night then we come out of the tricky Christmas programme on an amazing 54 points. And who knows? Maybe even with an eleven point cushion at the top! Happy bloody Christmas Messrs Powell, Dyer, Slater and Jiminez!

I think a special mention should go to the Gaelic Kermogrant.


Besides the fact he does work tirelessly for the team, when you look at his previous record (above) as I did when we signed him, it is far from prolific.  However his confidence under Sir Chris has certainly grown, and by his terms he is becoming a second goalscorer for the club. A ratio of a goal very two games.  (Which is priceless, when your main striker hits a baron spell, as they all do from time to time. Takes the pressure off.)

This leads me to deduce, that perhaps, in Chris Powell we have unearthed one of those fantastic and rare types of managers who can take an under performing and underrated player and coach them into something pretty special.
Posted by Scoops at 05:20 No comments: 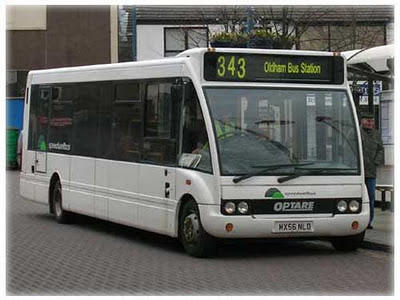 It's taken me a while to post re yesterdays game.  I left the ground so deflated.  Oldham did what they intended to do and ground out, what for them was a good point.

Despite the last ten minutes of each half there was only really one team in it for me. Us. Kermogant does seem like a bit of a marmite player for alot of  Addicks and I hear varying opinions. For me he was immense yesterday, a real target man who not only holds the ball up well, but when it is hoofed up the park to him does try and nod it into some areas that make life difficult for the opposition. And he did not stop chasing down the ball until the final whistle went.

We were not dreadful at all, it was just one of those really frustrating days. You could see how frustrated BWP was getting with not quite good enough through balls and he did miss a bit of a sitter one on one with the keeper. I've been really impressed with Bradley's work rate this season, and he obviously has the skills to perform at at least Championship level. (In fact I have on more than one occasion embarrassed myself and shouted his name as Shaun by some odd form of mis identification).  I feel he really needs a goal to get him back on track and ease what could become a lack of confidence issue.

I don't think this is the beginning of the infamous Charlton Xmas and New Years capitulation that we are well known for. I can see Sir Chris being given the opportunity to strengthen the squad in the window for the promotion push. Not that I think we need it. But every little helps. (And an impact player to bring on from the bench for occasions like yesterday).

I was listening to the post match interview with Sir Chris in the car on the way home yesterday. I had to laugh. I've always liked the guy, and don't ever seeing that changing whatever way Charlton's or his fortunes go.  The interviewer said something along the lines of 'being your 50th game in charge at The Valley how fantastically you've done', Chris laughed and replied 'well for the last 25, not the first 25'. Such honesty.

Finally, what a great crowd yesterday. Considering Oldham must have brought just one coach full by the looks of it.  One of my kids schools had been given free tickets from the club, so I sat with the two that accompanied me away from my usual seat. To be fair I'd dreaded the idea of sitting with a bunch of screaming school kids but both the parents and children from StAlbans and York Road school did themselves, the school and Charlton proud.
Posted by Scoops at 06:43 No comments:

Happy Christmas at The Valley...

I certainly hope so.  My day could not have got off to a better start. Channel chopping I find The Specials recorded live in concert is on Sky Arts.  So are furthering my children's musical education by watching it with them.

I'll be taking two of my brood along to the game today, so am hoping the lads can put a good performance and pick up all three points.  I've seen some pretty good games against Oldham over the years in the second division, I seem to recall a 3 all draw and I'm pretty sure a 5-3.

Russell seems to be getting better by the game and with potential players incoming to the midfield in January along with Stephens and Jackson returning from injury the midfield is looking extremely strong and will be extremely competitive for places. (Especially if Ephriam stays into the New Year).

I said I expected at the very least a draw last week at Wallsall, some saw this as a set back, but on the back of Sir Chris being awarded manager of the month was a decent result. (Not that I'm superstitious or anything).

I'm pretty confident that we'll see a good Charlton win this afternoon.  There haven't been too many setbacks so far this season, however when there have our reaction in the following fixture have been consistently good. After the home draw against Scunthorpe we beat Championship Reading and Bury away in the league, following our home draw against Sheff Weds we went on a 5 match unbeaten run in the league then following our three match win less streak we went on an 8 match winning streak and are now unbeaten for nine games in all competitions (some set back that draw at Wallsall hey?).

Floating not that far above the relegation zone and with a negative goal difference of minus four, conceding 18 times on the road in the league I'm confidently predicting a good Charlton victory, perhaps even seeing a return to scoring form for BWP and perhaps even seeing him bag that elusive first hat trick. 5-1 Charlton.
Posted by Scoops at 01:27 No comments:

So the inevitable has happened and not only has Chris Powell been crowned manager of the month but Michael Morrison has also won league one player of the month.

Now with the poison chalice firmly in hand we head into Saturdays clash with Wallsall, and I'm afraid I do still fully expect us to come away with at least a point.

Full preview to follow.
Posted by Scoops at 03:38 No comments:

It was nineteen years ago today... 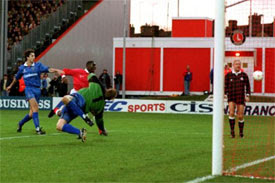 I looked at my watch this morning and realised it was 19 years ago to the day that some of us marched through Woolwich down to the Valley and enjoyed Charlton winning their first match back at the Valley following the seven year exile. It seems amazing that this time next year will be the twentieth anniversary of that momentous day! Even more amazing the fact that a lot of the younger drinkers you see in many of the pubs around the ground on match day may not even have been born until after our return and really don't have the benefit of experiencing and understanding  how difficult the eighties were for the club and it's supporters.

When you look at the last five seasons, and our current position it really goes to show that when your not a fan of one of the big four or five teams in English football it can be so much more of a roller coaster than say an Arsenal supporter bemoaning the fact they haven't won any silverware for a few years. (Try 64 years and then you'll really have a reason to gripe, not that I am myself - and neither are many of my fellow Addicks, it's just a fact of life that with 92 clubs in the league the chances of winning one of the main domestic competitions are pretty slim to say the least). Me, I'll be more than happy to see us win the third division title or even snatch second spot and automatic promotion. (No more play offs please!!!)

We're (hopefully) bang in the middle of the sort of run that delivers a comfortable promotion, which just goes to show how quickly and dramatically things can change in a short period of time. (Also see the five years immediately following the departure of Curbs for dramatic changes).

The draw for the third round of the fa cup has thrown up a 'tantilising' trip to London rivals Fulham from the premiership. I'll be quite happy to see us beaten narrowly but heroically with Danny Murphy on the wrong end of a decent upending tackle, for his pleasant snob of a wife's car to break down on the way to the ground so she has to get on the tube with a bunch of Charlton supporters and Bradley Pritchard to get a start and put in another cracking performance.
Posted by Scoops at 08:14 No comments: