Okay, so maybe I’m going over the top. But today’s performance and result in my opinion was not just an example of the new manager bounce we so often hear about.

Bowyer played two up front, Zyro makes a perfect target man, holding the ball up well and scoring a great headed goal. Absolutely no way he’s a winger as Robinson touted. Ajose looked lively. And  every player to a man fought for every ball for the whole 90.

Plymouth are a decent side, but based on what Bowyer said, he did his research and used his experience to set the team up to counter their strong points. Not just play the same old formation week in week out.

The atmposphere in the ground was fantastic, and was merited by the spirit and Football shown on the pitch. The football still a bit tippy tippy, but much more direct than we have seen for some time. It would seem we have a caretaker manager who is comfortable reading the game and having a plan a, b and c when necessary.

We are very much back in with a shout of a play off berth and if we hit form now could be in a good position to have success should we qualify for the play offs.

If we get a result against Northampton I would suggest that, in the absence of any regime presence at the Doncaster game, the negativity that a card protest might cause would be counter productive.

The takeover does seem to be coming, ever so slowly, lets get behind Bowyer and Jackson and cheer the boys on as much as we can to glory.

As a footnote Curbs and Peacock were in the directors box today. Not sure whether that means anything other than they were there to take a game in or the incoming owners are lining something up.

Guess we’ll find out in the next few days.
Posted by Scoops at 11:50 No comments:

Another odd week in SE7. The ‘Shock’ (sic) departure of  Robinson followed by him turning up a few minutes later at Oxford United. And, for my money, hilariously pretty much rolling out the same cliched Football Manager diatribe that we’ve all had to stomach for the last 18 months.  The best bit being where in his farewell to Charlton he lyricised about what a tough decision it was only to tell the Oxford reporter that joining them was a’no brainer’!

To be fair to him I can’t blame him for jumping our rudderless ship. Good luck to him and good to see the back of him to.  Hopefully the next exit we see will be the Belgium tossed himself, Roland.

Takeover regardless we have a six pointer today, against in form Plymouth Argyle.  I expect Bowyer to really change things up and not be scared to pick his own team and formation. However far away that is from the surge we have experienced over recent months.

The Bowyer/Jackson combination could work really well. For however short a period it is allowed to develop. In my mind I see Bowyer as the strict authoritarian and Jackson as the one who would put an arm round players shoulders and offer some encouragement.  I got the feeling that half of Robinson’s problem was he wanted to be liked by everybody far to much.

I’ve no idea how we will set up today, I’m pretty sure whatever formation will allow for more than one out and out striker.

All in all, with the absence of a takeover, this is the most excited I’ve been about attending a match day for months. 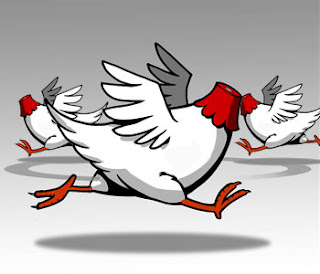 So Robinson has confirmed/stated the bleedin obvious that we all now know.

No sign of a takeover anytime soon it would seem.  And Charlton Athletic a rudderless ship with no CEO, no Finance Director, basically no visible leadership.

It’s frightening! To be frank. Can you imagine that this continues into the summer? Players out of contract and uncertain of their immediate future would surely do the sensible thing for themselves and their families and find a club that has some direction? The only direction I can see for the Addicks at the moment is the continued downward spiral, with nothing happening on the takeover front, at a vastly accelerated rate than the slow demise we have seen over the last four years of RD’s ownership.

I really cannot see that there is any takeover about to happen.  I’m not even sure that the announcement wasn’t at the very least premature, if not a downright lie to quieten down the dissent that was beginning to build once again.

CARD have announced renewed protests for the Bank Holiday home fixture.  Not sure what good this will do with Katrien Meire long gone now, and no chance of Duchalet being there to experience the awkwardness.  All it will do is get us back to the toxic atmosphere that stopped me going last season.

It all feels pretty stark.  A rudderless ship. Players running around like Headless Chickens (unless that is they have the opportunity to pass sideways or backwards) and a tactically inept manager who is much better at rolling out football manager clichés than he is at winning football matches.