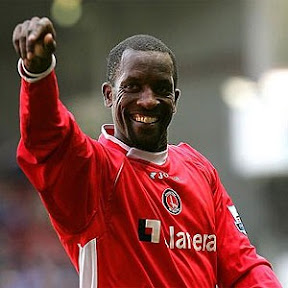 According to some much more reliable sources than in recent days, is the latest speculation that a certain Chrissy Powell is about to be unveiled as our next manager.

Being a complete romantic when it comes to Charlton Athletic I'm in absolute raptures about this news. I almost held off posting, not wanting to put the hex on this potential outcome.

Having had three spells at the club as a player, a fourth return as manager would suite me down to the ground. Chris has a wealth of experience for someone of his age. A distinguished footballing career, much of which was spent in the premiership. Experience playing competitively for England. A stint working for the PFA, and time working as assistant to Sven And Nigel Pearson (he even bossed them as caretaker for a game, which they won) at Leicester City. Well liked and respected within the game, Chris will bring a fresh approach, full of enthusiasm and energy as ever.

I really hope it happens, the failed attempt to get the paragon of virtue that wasn't Eddie Howe, coupled with this (maybe) appointment has got me rethinking my initial thoughts regarding our new owners. Maybe their not what I thought they were, and are just focussed enough (and have enough money) to make big decisions (sacking Parky) and biding their time to ensure the right decisions going forward are taken (overlooking the obvious choices and being bold) for the club.

Fingers crossed!
Posted by Scoops at 16:00 No comments: